Today I got my first turn behind the wheel of the Chevy Bolt. By now you’ve probably seen reviews of the Bolt, like the Transport Evolved Review, so I’ll keep my comments on the Bolt’s features short, since others have already reviewed this compact car. 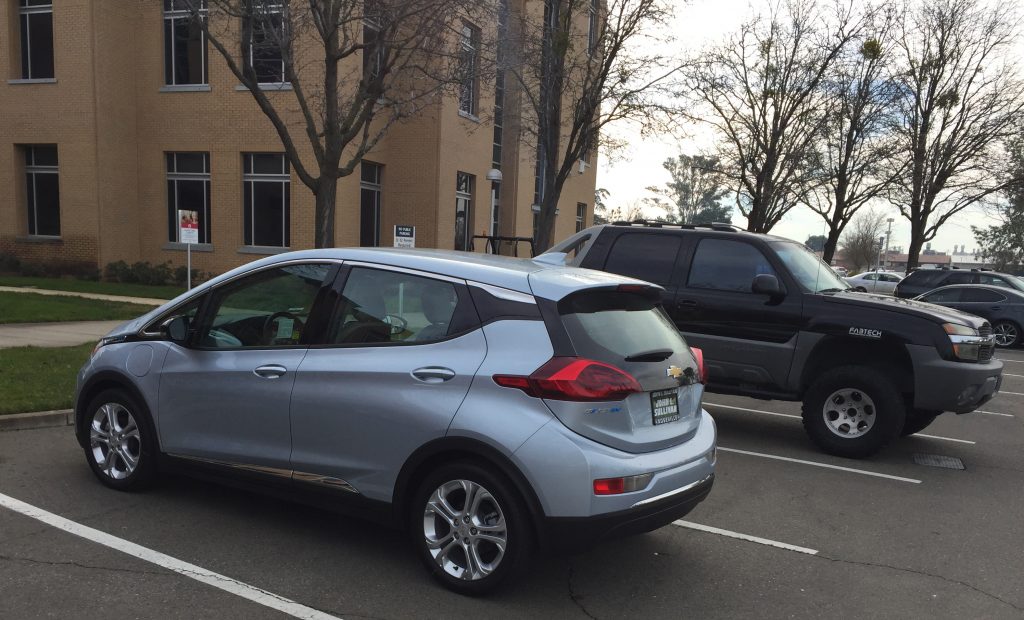 The Chevy Bolt is here. It’s now. And it’s a nice car.

My take in 2 words? Im Pressive. In 25 words? The Bolt is quick, sporty, and handles well. It feels solid, well built. It looks like and drives like other compact cars I have driven.

The Bolt is quicker than the compacts I’ve owned. But, the everyday look, feel, and drive of the Bolt could very well speed adoption of EVs by the public at large.

It’s all about Range (…and price)

If you haven’t heard about the Bolt, two key features have everyone talking: 238 miles of EPA-rated range and a starting price of  $37,495. In coupling long range with an affordable price GM has leap-frogged the competition. The Bolt really can’t be compared to any EV currently on the market. Sure, Tesla has been producing 265+ mile EVs for over 4 years, but a base Model S starts at $71,000. We all know the Tesla Model 3 is around the corner, but it’s around the corner. The Bolt is here now and has more than double the driving range of any other EV in its price range. For this reason the Chevy Bolt represents a changing of the guard. I won’t say that days are numbered for the 70, 80 – 100 mile EVs, but clearly the standard has changed. Other manufacturers will have to compete at this level or be left behind.

The Bolt has arrived with glowing reviews from new owners, some with big names. All signs point to big interest. Now it’s up to GM to promote the Bolt for potential buyers. To do this GM must have a vision for how this car will be used. 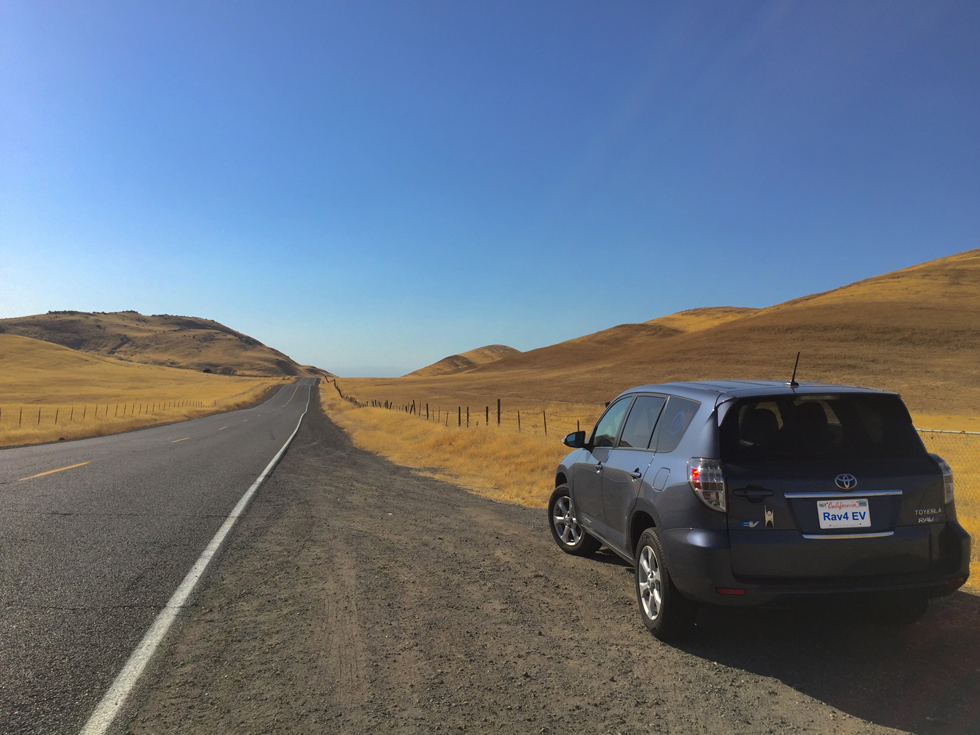 Automobile companies usually help customers imagine how a car will be used. For example, advertisements show pick-up trucks driving over rough terrain and hauling big payloads, or cars driving through open spaces to explore the great outdoors. These ads speak of inspiration, getting things done, driving, seeing the world. What is GM’s vision for the Bolt? Is it a car for daily trips to work and the grocery store? Is it a family car for running the kids around? Is it a car for long road trips and journeys?

With 238 miles in the pack, the Bolt will easily handle day to day driving. Many folks will charge at home for their daily driving, but for longer trips the Bolt needs a network of fast charging stations to refuel on longer journeys.

Until now there have been roughly 2 categories of EVs: 1) The 80 mile EV that perfectly handles daily commuting, and may be capable of longer trips with decent DC fast charger (DCFC) infrastructure; and 2) the Tesla Model S and Model X.

Location of Tesla Superchargers and Destination Charging stations as of Feb 2017.

The idea for long distance trips in a Tesla is to drive for ~3 hours, take a break to eat, stretch your legs, refresh your mind and get back on the road. You can also visit locations or stay in hotels that host Tesla Destination charging stations. Tesla has put thought and money into making their cars useful.

The author charging his Rav4 EV at a DCFC station in Santa Cruz, CA. Right side: Orange icons show current location of CHAdeMO and CCS DCFC charging stations. Although the network is decent, many areas remain to be served.

If you don’t drive a Tesla and plan longer trips, you will need to charge at a CHAdeMO or CCS DCFC station. In California the number of DCFC stations is growing fairly quick. But the patchwork network of 24 – 50 kW stations has been funded by different agencies, parties or companies, with different goals, and little coordination. The new Chevy Bolt charges on these CCS DCFC stations. Many more are needed.

Here’s where GM should provide guidance and lead the way. Last year GM stated that they would not participate in establishing a nationwide network of DCFC stations. They should reconsider. There is talk that Chevy dealers might be required to install DCFC stations, but this is not the way to go for charging on the go. I’ve charged in dealer lots. Some dealers are busy charging cars they want to sell, or block access by parking cars in front of chargers, or lock the gates after hours, preventing access.

A dedicated network of  24 hour DCFC stations is needed. Nissan has worked to build out a DCFC network for the Leaf. BMW and VW have partnered with ChargePoint to begin installing DCFC stations for their electric cars. GM should partner up and help establish the DCFC charging network for the Bolt. Without a decent DCFC network, the Bolt – even with it’s impressive range – will be limited in some regions until somebody builds out the charging network. There are states with few, and several states without any DCFC stations. It is not yet possible to drive cross country using DCFC stations.

GM also needs to have a consistent advertising effort across the board. The very same day that Chevy announced the first delivery of Bolts to new owners in California, Chevy radio ads began airing in the San Francisco Bay area that were decidedly anti-BEV. The gist of the ad was if you want to buy an EV, you better get a tent and prepare to camp out because charging an EV takes 21 hours. To Chevy’s credit this ad was pulled soon after it began, but somebody within the organization thought this was a good idea. Better ads will help educate the public about a car that can sell itself if properly promoted.

A base model Bolt with DC charging is listed on Chevy’s website for $38,245. Adding typical options puts the price in the  40-41k range…. before currently available rebates. So, at this moment, in California, you can order a Bolt with DC charging and effectively pay less than $30,000 after federal and state rebates.

Conclusion. GM has delivered on the car, the Chevy Bolt is a game changer. Now GM should deliver on establishing a fast charging network.